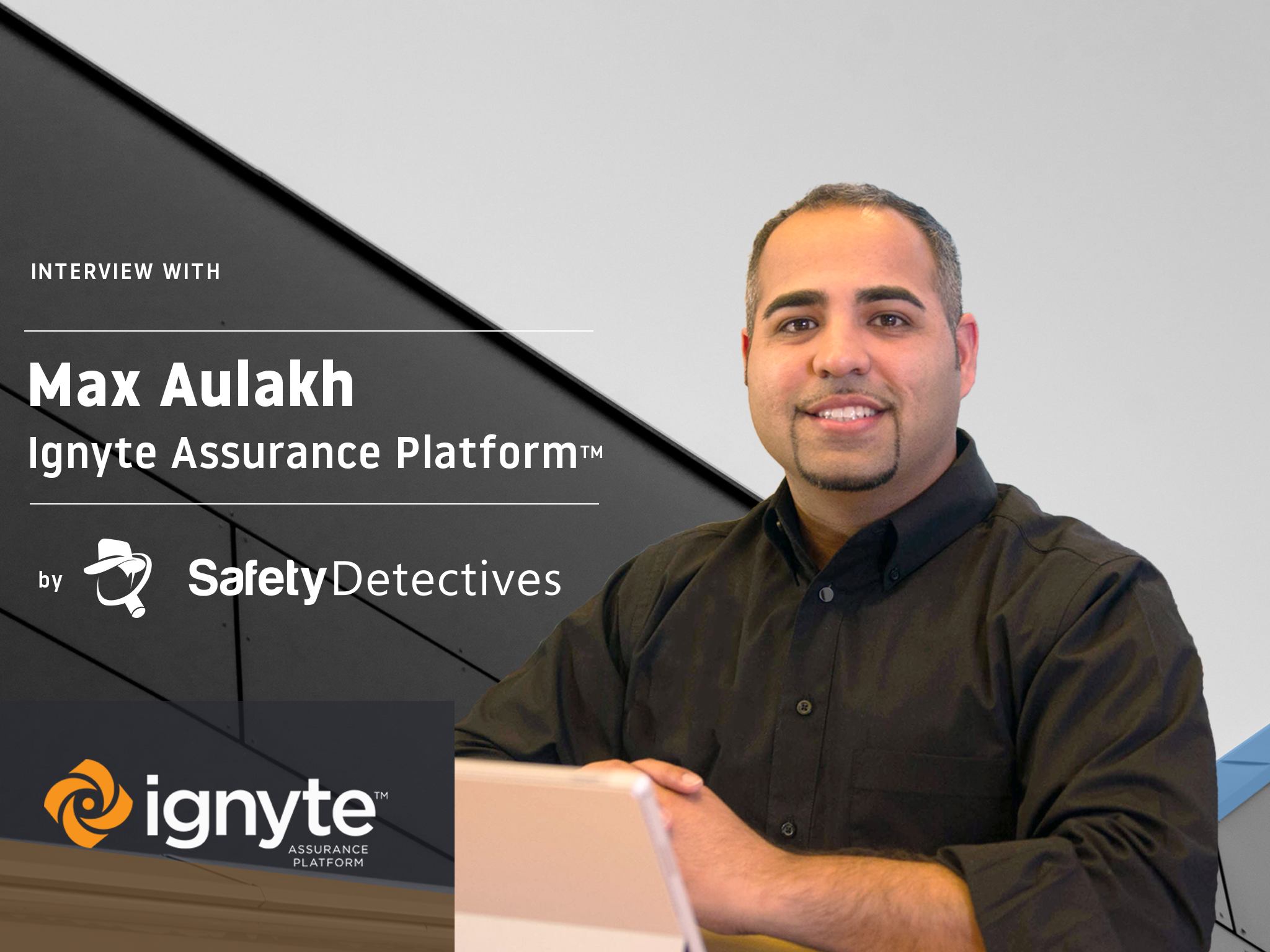 Max Aulakh, Founder & CEO at Ignyte Assurance Platform, has the honor to be interviewed by Aviva Zacks from Safety Detectives. The result of their communication has been published on April 7, 2021. Here are some snippets from the interview:

Safety Detective: What motivated you to start Ignyte?

Max Aulakh: I started Ignyte because I was already doing cybersecurity and information security as part of the US military, and I really wanted to help small and larger businesses. I wanted to serve as a chief security officer because they have a pretty tough mission, at least in the military where it is very difficult to manage attack surfaces, and I was drawn to that. That’s the reason I started Ignyte.

SD: What do you feel are the worst cyberthreats that are out there today?

MA: Today, I honestly think it’s still the human-factor. We tend to make the worst mistakes, and it’s hard to change human behavior so you still have things like clicking on things that you’re not supposed to. We’re still getting emails from the Nigerian king that’s trying to offload money and people are still falling for that. You could say all of that is underlying and targeted towards phishing or hijacking somebody’s passwords. I think by and large, the consumers are impacted by that.

Organizationally, at an enterprise level, those things do happen but there is a rigor to internal security and an expectation from an employee to not do those things. So, I think it’s getting better when it comes to the enterprise side. The enterprise side suffers from just managing the chaos, which we relate to the problem of governing the whole cybersecurity space. There’s a lot of abuse and the loss of resources because we’re doing too many things that are not very effective. We’re losing money because we’re spending time in the wrong areas, which is a big issue for the enterprise side.

For the consumer side, the issue is still the human who doesn’t know what they clicked on and downloaded ransomware and now their files are locked up and they have to pay someone with a credit card or Bitcoins to get data back… For a Cloud Service Provider (CSP) to be FedRAMP accredited, it must complete the following six phases. They are diagnostic... What Organizations Need to Adapt to a Changing Cybersecurity Landscape

Written for ignyteplatform.com by June Rachel   The future is already here. Is it everything we expected? That depends on... CMMC Audit: What is it and how to prepare for it

Introduction Business owners whose revenue streams depend significantly or partially on government contracts have been recently...